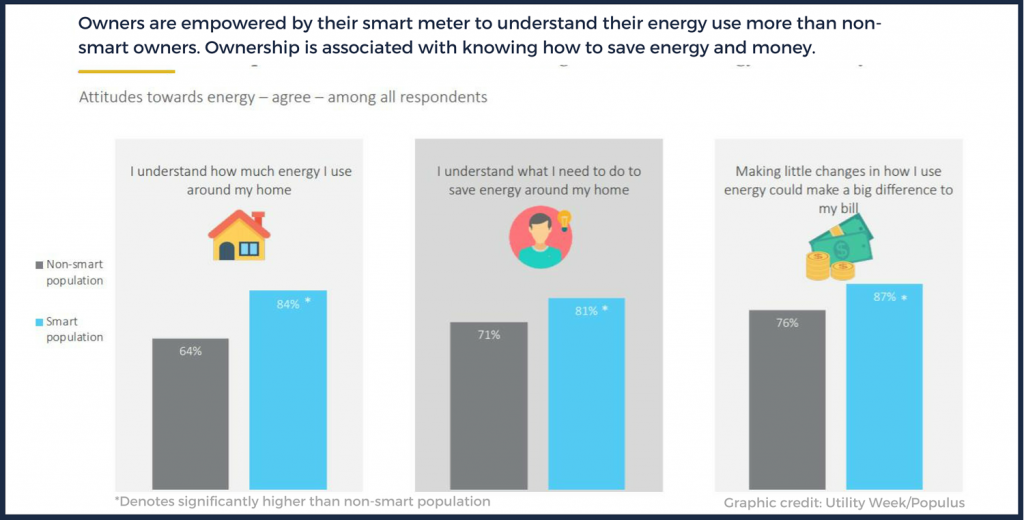 Smart Energy GB, the national smart meter campaigner, has provided compelling evidence to support the view that a “smarter, energy-savvy consumer” is emerging as a result of the UK smart meter roll-out.

The government mandated rollout, which wants energy suppliers to install smart meters in every home in England, Wales and Scotland, and has not been without significant challenges.

However, a new case study published in Utility Week and sponsored by Populus – the leading research and strategy consultancy – demonstrates how Smart Energy GB has helped counter these challenges by evidencing the long-term benefits of smart meter ownership on consumer behaviour change.

While knowledge of energy use is already high among the general population (just under two thirds (64%) of non smart meter owners say they understand how much energy they use around the home), this rises to 84% once a smart meter is installed in the home.

The evidence shows that the key impact of smart meter ownership is the instigation of perpetual behavioural change that occurs following installation, with smart meter ownership leading to increased energy saving attitudes and actions. Furthermore, owners are sharing their experience with those around them. More than 7 in 10 (71%) of people with a smart meter would recommend one to friends, family or neighbours, while one in three (33%) of people with smart meters are now starting discussions to encourage others in their household to use less energy. 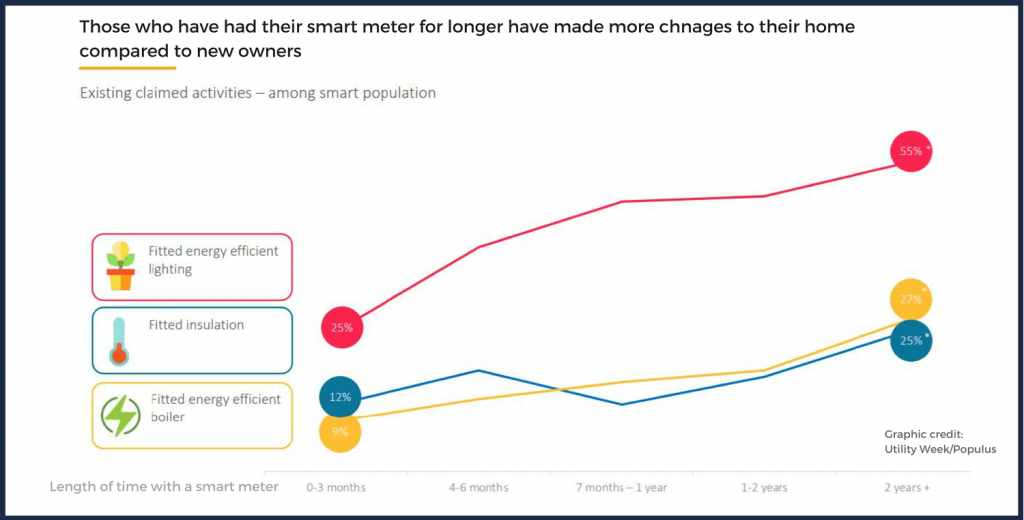 3. Smart meter ownership is associated with reduced anxiety about energy

• The evidence supports the view that with the increased knowledge of energy expenditure that comes with smart meter ownership, comes reduced consumer anxiety around energy bills.
• According to the Outlook research, eight in ten (79%) of people with a smart meter think their energy bill is accurate compared to only 66% with a traditional analogue meter.

In its case study, published in Utility Week, Populus concluded that “with the smart meter rollout fully underway and the number of smart meter owners set to increase, it is imperative that providers gain insight into how smart meter ownership impacts consumer behaviour.

“Young people are most likely to say they would like to upgrade to a smart meter soon, with appetite amongst those aged 21-34 above that of the general population by 12% points. These are the energy consumers of the future.”

The research group concludes: “The national rollout is here, and it is happening now. Energy providers that understand, embrace and adapt to changing consumer attitudes and behaviours, are the ones that will succeed in future.”

We are one of the country’s leading smart meter installation companies, that’s why energy suppliers count on us to deliver smart meters to their domestic customers around Britain. Find out more about how we are making British homes smarter.