The ‘Greta Thunberg effect’: is Britain striving for its most sustainable Christmas ever?

2019 has been a year in which climate change awareness and discussion on the need for sustainability has undoubtedly reached an all-time high.

Amid global Extinction Rebellion protests and the well-documented exploits of young climate activist, Greta Thunberg, a YouGov poll in June found that public concern about the environment had soared to record levels in the UK and had “pierced the bubble of denial”.

Thunberg in particular has had an increasingly profound impact on public attitudes towards climate change, especially amongst young people, in what has become known commonly as the “Greta effect”.

The thousands of school strikes that Thunberg inspired this year saw children across the world hold a mirror up to society, prompting many of their parents’ generation to sit up and take notice, and begin taking the environmental crisis more seriously.

It seems fitting therefore as we approach the festive period – a time of year that is synonymous with both children and high levels of consumption – that climate awareness continues to gain momentum, with sustainability becoming a key consideration for families this Christmas.

And indeed, the younger generation is proving a great force for change when it comes to Christmas habits, according to a new study by Smart Energy GB.

The research shows that 44% of parents say that it’s their children that have inspired them to adopt a more environmentally conscious approach to Christmas this year, with energy efficiency (17%) being the most common change encouraged by kids, alongside getting consciously crafty by making their own Christmas decorations (16%) and Christmas cards (13%).

And while kids are demonstrating the “Greta effect”, positive changes are being witness across all ages. Over half (52%) admit to making changes to celebrate Christmas more sustainably this year, with a quarter (24%) opting for low energy Christmas lights, a fifth (22%) using a smart meter to keep an eye on their Christmas energy consumption, and a further 15% taking public transport or car sharing to visit family and friends.

When it comes to Christmas dinner, the research indicates that 3.1 million Brits are set to go meat free this festive season in an effort to offset their Christmas carbon footprint, while more than a third (38%) of households will make sustainable swaps such as using locally sourced ingredients (39%) and choosing foods that take less time and energy to cook (35%).

‘Green gifting’ is also a theme for yuletide this year, with 45% of us asking for sustainable presents such as reusable water bottles and coffee cups (28%). One in 10 (9%) are even happy to give up gifts altogether. Meanwhile, recycling wrapping paper (19%), forgoing festive cards (17%) and reusing party outfits (17%) are other behaviours adopted by eco-conscious Brits, according to the Smart Energy GB study.

Despite these steps, Brits can still expect to spend over a fifth more than usual on their festive energy bills, turning the heating up an extra 3.84 degrees, leaving the TV on for four hours extra per day and using the oven for four additional hours per week. All this extra energy adds up to a whopping £499 million across the UK, says the research.

Commenting on this, Robert Cheesewright of Smart Energy GB, said: “It’s great to see so many people considering their impact on the environment during the festive season. Amongst the small steps we can all can take to be more sustainable at Christmas, getting a smart meter installed is a really simple one. It will help you to take control of your energy use, reduce energy waste and upgrade our system to achieve a cleaner, greener future.

“If every household across the country took action on energy efficiency now, including getting a smart meter, this alone could achieve 11% of the UK’s 2050 carbon target. What’s more, we’d save enough energy to power more than 40 million strings of Christmas lights, which is enough to stretch around the world 15 times!”

Together, smart meters and a smart grid help to create a cleaner, greener Britain.”

We are one of the country’s leading smart meter installation companies, that’s why energy suppliers count on us to deliver smart meters to their domestic customers around Britain.

Find out more about how we are making British homes smarter. 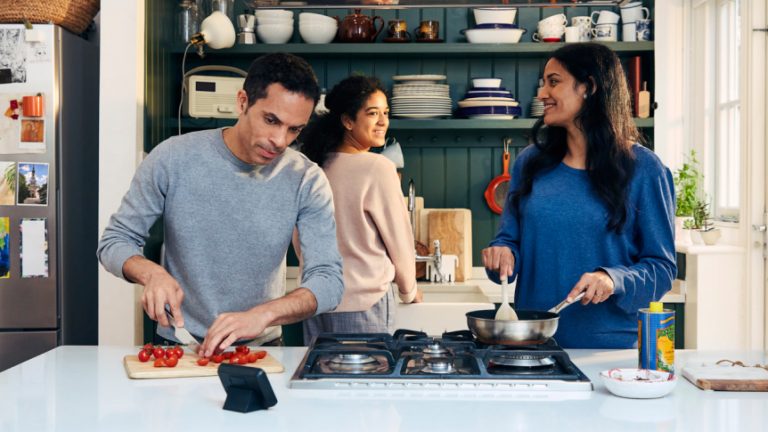