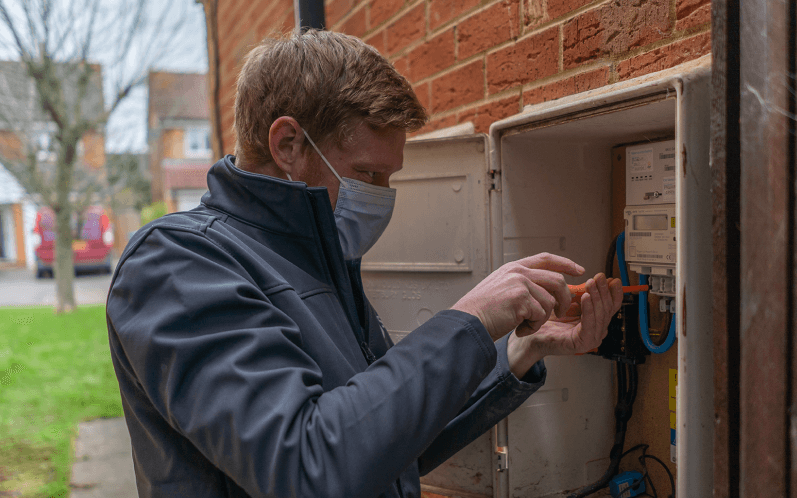 The Data Communications Company (Smart DCC), the organisation which runs the UK’s smart meter infrastructure, has revealed a five-year plan to better support the UK’s shift to smart grids and electric vehicles through smart meter technology.

Smart DCC proposes to “make Britain more connected so that everyone can lead smarter, greener lives” through a Business and Development Plan which promises to deliver a cache of benefits for smart meter users, energy suppliers and distribution network operators.

Smart meters are considered essential to Britain’s ambition to realise net-zero carbon emissions by 2050 through enabling the digitisation of Britain’s analogue energy industry – an area in which Smart DCC says it is making a “critical contribution”.

Smart DCC’s proposals include the promise to boost new services and innovation in energy networks by enabling data to be gathered safely and securely from smart meters. This will help support the shift to electric vehicles (EVs), smart grids and other low carbon technologies, including the establishment of smart buildings, smart cities, and precision agriculture.

To support smart meter research and development, Smart DCC has opened a new test lab facility in Manchester, which will feature areas to work with customers on future innovation.

This is in addition to existing testing facilities, including the two SMETS test labs provided to Smart DCC by SMS Plc in Cardiff.

With 14 million smart meters installed as part of the domestic smart meter rollout (as per latest official figures), the firm says it will continue to support energy suppliers to drive up the installation rate even further. For instance, Dual Band Communications Hubs will overcome physical challenges such as weaker signal strength, allowing smart meters to be installed in an additional 25% of properties.

First-generation smart meters (SMETS1) have also begun to be migrated onto the DCC network this year, providing a secure service where consumers can switch energy supplier without losing smart functionality. An additional aim of Smart DCC is to deliver faster and more reliable switching services to help energy consumers switch seamlessly switch supplier within one working day, it said.

“Delivering the smart meter roll-out remains our commitment and the number one priority,” stated Smart DCC’s chairman Richard McCarthy. “The growing urgency and awareness of climate change, and increased political leadership on this issue, have underlined the context within which the DCC is making its significant contribution.”

Smart DCC CEO Angus Flett added that the company had “made some impressive progress” over the past year, having delivered 1.6 million second-generation (SMETS2) smart meters to its network.

“This five-year plan sets out how working with our customers we will bring cost savings and innovation to this platform for good,” he added. “This work reaffirms the DCC’s purpose of making Britain more connected so we can all live smarter, greener lives.”

Smart meters are being installed around the UK as part of the government’s Smart Meter Implementation Programme in order to help consumers and business better manage their energy use. This can help save money on bills as well as boost energy productivity in order to reduce greenhouse gas emissions.

The technology also opens up potential business opportunities from using energy data to digitally connect green technologies such as battery storage and EVs.