Discussing ESOS: How can we plug the energy efficiency policy gap? 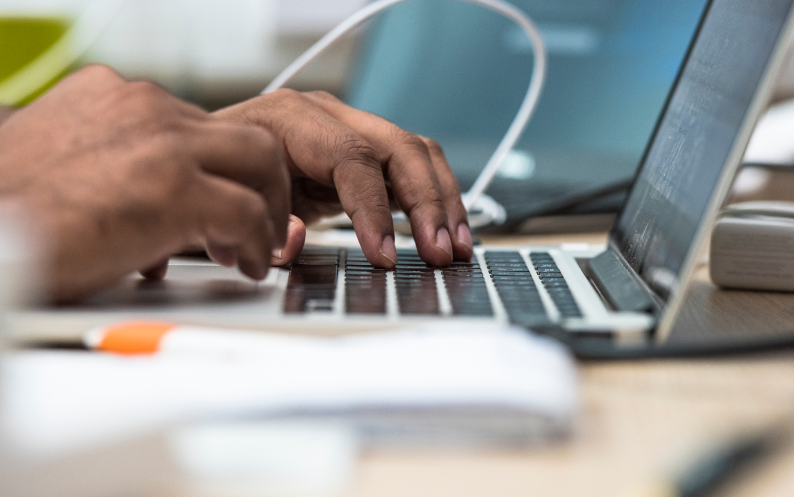 The Energy Savings Opportunity Scheme (ESOS) was meant to stimulate the uptake of energy efficiency amongst large UK businesses and help the country meet its decarbonisation targets. After witnessing the race-to-the-bottom for lowest-cost ESOS services during Phase 1 – and an underwhelming number of businesses attributing carbon-reduction improvements to the scheme as result – we argue that now is the time for the energy efficiency industry and complier organisations to assume greater responsibility for our collective future.

Committing to a zero-carbon future

Recently, the UK became the first major economy in the world to pass laws to end its contribution to global warming by 2050.

This ‘net-zero’ target – as was recommended by the Committee on Climate Change (CCC) – has widely been welcomed as a momentous and reachable milestone. However, well-meaning targets and noble gestures aside, decarbonisation will require cohesive effort, large investments and tangible outcomes, and the hard work of actually reducing emissions is only just getting started.

To this end, the government is expected to spearhead positive change and lead the private sector through policy – an area which the CCC says is currently lagging far behind what is required to meet the ambitious net-zero 2050 goal.

And while the UK has made some good climate progress – lowering its greenhouse emissions by around 44 per cent since 1990 – the committee warns that the policy gap between what is currently being done and what needs to be done is growing wider.

For instance, last year authors of the annual CCC report set out 25 policy actions that the UK government should adopt to reduce emissions. Twelve months on and only one of these has been delivered in full.

With actions needed to the close the policy gap spread across key sectors of the economy – from power, industry, and transport, to agriculture, land use, and waste – one particular focus area that will be central to reaching net-zero is how the government intends to assist in improving the energy productivity of UK businesses (just 7,000 of which make up the majority of the country’s energy usage).

Through its Clean Growth Strategy, published in 2017, the government aims to help UK business improve its energy efficiency by at least 20% before 2030, and until now a cornerstone policy towards achieving this has been the Energy Savings Opportunities Scheme (ESOS).

Introduced as part of the EU Energy Efficiency Directive in 2014, ESOS mandates that large organisations in the UK undertake comprehensive assessments of energy use and energy efficiency opportunities at least once every four years.

While the spirit of ESOS is honourable – it counts building ‘enterprise-specific’ awareness of energy savings, and ‘stimulating the take-up of cost-effective energy efficiency’ amongst its official objectives – the way that it has been implemented and interpreted within the UK market since its launch almost five years ago has somewhat hindered its well-intentioned aims.

Some of these shortcomings were summarised in the government’s own Impact Evaluation Report for ESOS Phase 1 (which ran throughout the year of 2015). According to the official review:

While the first two of the above conclusions demonstrate to some extent how ESOS fell short of its objective to “stimulate the take-up of cost-effective energy efficiency measures” in a meaningful and widespread manner, the third conclusion hints as to why this was the case.

It would be easy to deduce from this that failure of ESOS to turn opportunity into action amongst most complier organisations was down to these businesses not taking the policy – and energy efficiency in general – seriously. However, it is not quite that straightforward.

As further revelations from the government’s impact report show, policy makers, regulators and the energy efficiency industry itself must take the lion’s share of responsibility.

The root of the problem arguably resides within the following statement, which is highlighted in the report as one of ESOS Phase 1’s major achievements:

Though the intended approach of policy makers here was to facilitate a small outlay of resources for businesses in complying with ESOS, thus lowering the barriers to identifying energy saving opportunities, the emphasis on low costs seems to have been taken too much at face value by a large margin of the market.

This unfortunately helped create the conditions for a race-to-the-bottom scenario during Phase 1, whereby some businesses – unobligated by the policy to actually carry out energy efficiency measures – ultimately treated ESOS solely as a box-ticking exercise, therefore choosing to comply in the cheapest possible way.

The demand for low-cost energy auditing services was met accordingly by a section of the energy efficiency industry and ESOS Lead Assessors, a portion of which – as alluded to by the government review – were at best opportunistic, at worst cynical, in doing so. As highlighted in the report:

The above statements strongly suggest that the bar was set too low for ESOS assessment. A further indication of regulator acceptance of these low standards was that, despite reports of “unrealistically low cost energy audit services” and “variation in the perceived quality of these and the wider assessor market”, an independent review of the market by the Environment Agency “found audits to generally meet the procedural requirements”.

As a result of these market conditions, a higher number of lower quality ESOS Lead Assesors flooded the market, allowing an environment for sub-standard energy auditing to thrive. Besides meeting the demand for low-cost services, these conditions also likely influenced complier organisations who might have otherwise held higher standards and expectations of their ESOS requirements.

For example, when presented with two offers – one from a genuine and experienced energy efficiency professional committed to maximising the number of energy-saving opportunities identified through a high-quality service, and the other from a provider promising ESOS compliance at a much-discounted rate – many well-intentioned organisations ended up settling for the second.

Left with a lower-quality service, and thus a poorer understanding and range of energy saving opportunities, this undoubtedly had an impact on the number of organisations going on to report energy efficiency improvements as result of ESOS – essentially undermining the policy’s very raison d’etre.

ESOS Phase 2: how can it be put right?

So, with ESOS Phase 2 already well underway, where does this leave the market now?

It’s clear that ESOS is not perfect. Though inadvertent, the race to the bottom it has helped create within the industry is impacting on energy efficiency and low-carbon agendas, reducing the seriousness which companies place on achieving energy and carbon reductions. That is a major problem – not only for the long-term environmental health of the planet and any ambitions we have of meeting net-zero by 2050, but also for the financial health of UK businesses who face increasing energy costs over the next decade.

If we are to reach our climate targets, there is a very significant risk that current policy does not put us on track to do so. ESOS, in the way it has been implemented by many until now, has unfortunately become symbolic of the large policy gap that exists, and an example of how policy leads what the industry is doing.

However, with ESOS being what we are stuck with when it comes to providing a necessary vehicle for UK industry to improve energy productivity and reduce carbon, (ESOS is due to remain in place even if Brexit goes ahead), it therefore falls on the energy efficiency industry and UK businesses to assume greater responsibility and plug the policy gap with better practice.

Climate change is the biggest challenge we face together and to avoid its most catastrophic effects considerably more needs to be done. Therefore, energy consultants and complier organisations must come together and do more than the minimum requirements to identify and carry out energy saving opportunities.

The energy efficiency industry has a vital role to play in making the transition to a low-carbon economy and it is our job to support the government in achieving this. Despite its shortcomings – as we have highlighted in this article – ESOS does mandate more engagement from UK organisations towards energy efficiency and it’s the task of the energy experts to uphold this requirement by helping build awareness. We can do this through demonstrating the benefits of higher quality programmes and projects, and importantly communicating the grave risks to businesses of not taking action.

In turn, businesses will need to be prepared to better engage with energy efficiency and understand the risks of inaction for the sake of their individual future interests as much as the greater good of our planet.

UPDATE: In July 2019, ESOS was one of several keystone energy efficiency policies that MPs warned must be drastically overhauled if the UK is to meet its emissions reduction targets, including net-zero by 2050. As part of these proposals to government, the select committee advised that the implementation of energy efficiency measures identified as part of ESOS must be made mandatory for UK organisations.  If government and businesses are serious about meeting carbon commitments and avoiding the most catastrophic impacts of climate change, we all need to be prepared for these changes to happen. Read more about the proposals here.

In our next blog, to be published soon, we outline the risks of failing to reduce energy consumption and give some first-hand examples of what best practice looks like, drawing on our experience working with large energy consumers during ESOS Phase 1.

At SMS, we are committed to helping business customers improve their understanding of energy performance in their operations and to plan energy reduction programmes. Through high-grade energy audits and consultancy, we make achieving compliance with regulations such as ESOS an integral element of a wider energy management strategy. 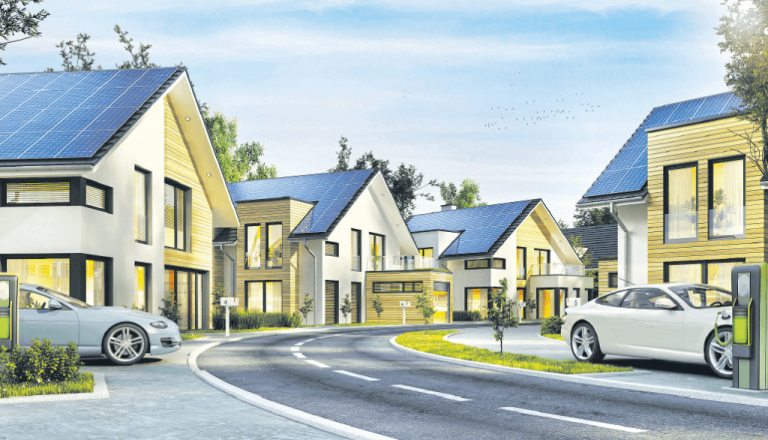 With renewables, flexibility is your friend | Interview with Killian O’Connor 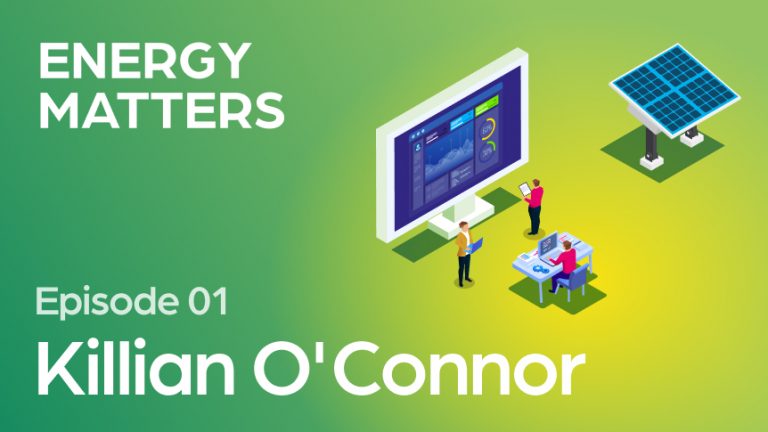 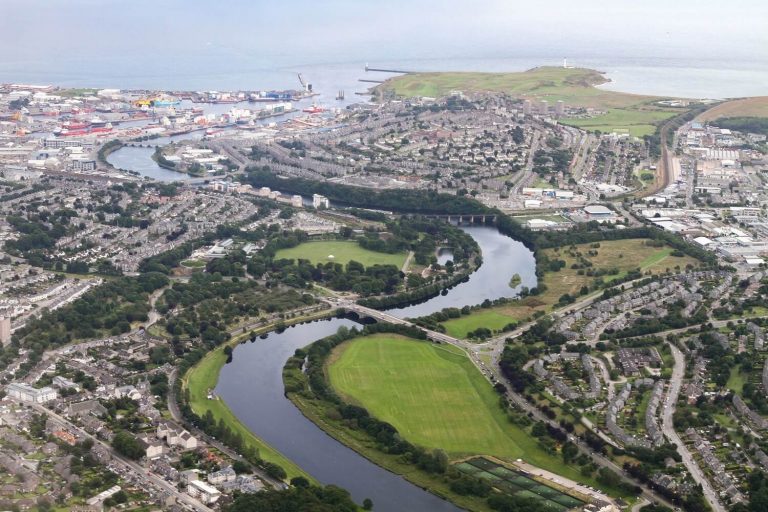