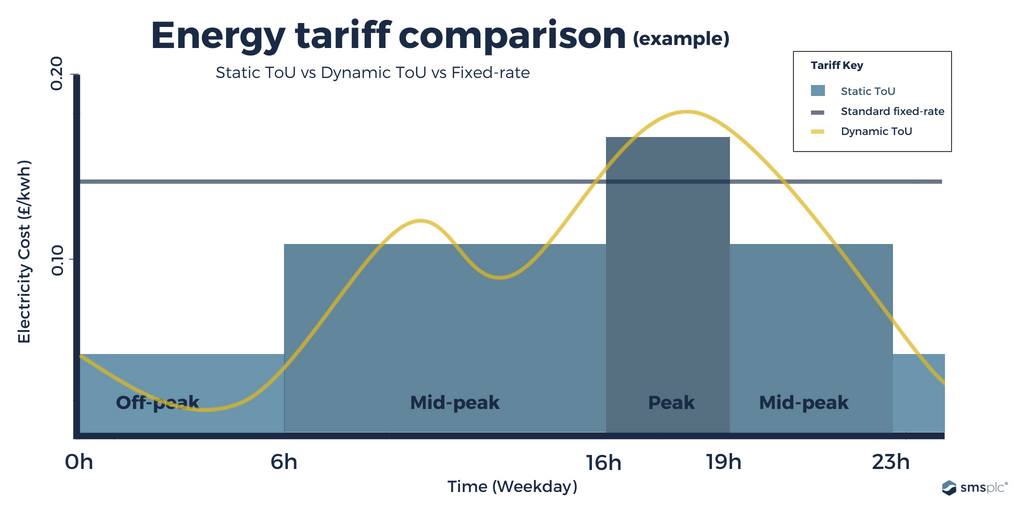 With a number of energy suppliers having finally launched their first ever nationwide time-of-use (ToU) tariffs in the past year, momentum is beginning to build around a new pricing structure that will soon transform the way we are supplied and use our energy for good.

Aimed at both households and businesses, these smart-meter-enabled tariffs look to incentivise customers to use more energy during off-peak periods, and less of it when supply is low or demand is high. They do this by charging cheaper rates at certain times of night or day, when demand is at its lowest, and higher rates at popular times.

The benefits of this are twofold. Firstly, network operators can better balance the grid by matching supply with demand, meaning less power generation and network investment is required, while additionally allowing for much better integration of intermittent renewable sources. This ultimately leads to a smarter, cleaner and more efficient grid.

Secondly, customers are further empowered to lower their bills – an important factor given that we will have to practice behaviour change in order for ToU tariffs to become most effective. And what greater motivation could we ask for than: a) the opportunity to save some money, and b) to contribute to a more sustainable world?

These tariffs – and the benefits associated with them – have only recently been made possible by the nationwide rollout of smart meters.

As well as assisting consumers in understanding and reducing their own energy usage, smart meters are responsible for collecting the near real-time (or half-hourly) information on energy demand that allow suppliers to offer the ToU model.

As an example of what could soon become the norm, Octopus Energy launched a ‘world-first’ ToU tariff in February 2018 for their smart meter customers, providing them with ‘dynamic’ half-hourly price updates that reflect actual wholesale energy costs. The idea of this being that customers react to the change in prices to use energy at times when it is cheapest.

The dynamic tariff includes the passing on of negative prices (when the wholesale price goes below 0p/kWh), allowing customers to actually be paid to use electricity when demand is low, or when the grid is oversupplied by renewable power. Customers are alerted to this “plunge pricing” by text, email or online notifications, with such events likely to become more and more frequent in the future as renewable energy generation grows.

Dynamic ToU tariffs such as the one offered by Octopus are – in the long term – likely to offer customers the greatest savings on their energy usage. This will especially be the case when the necessary smart technology is more widely available, allowing household devices or battery storage chargers to react automatically to half-hourly price changes (turning themselves on when prices are low or shutting off when they are high). Until this is a reality, most dynamic tariff users will have to react largely on the drop of a hat to realise the full benefits – a difficult proposition for those who have not got at least some ‘smart home’ functionality in place.

In the meantime, most other energy suppliers have decided to concentrate on rolling out ‘static’ ToU tariffs, as these are – at the current moment – deemed more convenient and accessible to consumers.

Green Energy became the first UK energy supplier to offer a static ToU tariff in early 2017, offering its smart meter customers a much cheaper rate of electricity during weekday nights (11pm-6am), encouraging people to charge their gadgets, wash their clothes or run their dishwashers during the night-time when demand is at its lowest.

While using energy in such a way may still not be suitable for everyone, for those who can be flexible – for example, by turning their washing machine on before they go to bed, or by manually timing it to begin its cycle in the early hours – then static ToU tariffs offer an extra opportunity to save, and also take pressure off the grid.

Perhaps taking this flexibility concern into account, some energy suppliers have decided to target their initial ToU tariffs specifically at electric vehicle (EV) users. With EV drivers likely to be facing much higher-than-average energy bills due to the amount of time and electricity it currently takes to charge a vehicle, these consumers have even greater incentive to take advantage of ToU pricing.

In the past year, UK energy suppliers OVO, Octopus, Scottish Power, Eon, and Ecotricity have all launched tariffs designed for EV drivers. While the majority of these are fixed-price deals – offering cheaper all-round energy for those with EVs – in June 2018 Octopus Energy launched the ‘first-ever’ ToU tariff for EV users, providing a set four hours of electricity per night at 5p/kWh. That is around 9p cheaper than the average price per unit of electricity in the UK according to figures from the Energy Saving Trust.

With smart EV chargers already coming on the market, drivers of the environmentally-friendly automobiles are now able to set their vehicles to charge automatically during these cheaper overnight hours – meaning minimal behaviour change is required to cut electricity costs. SMS Plc in particular are leading this smart energy revolution by delivering such EV charging solutions to our customers.

You can read more about how EVs – via smart charging – will play a key part in achieving future grid stability, as well as offering benefits to consumers and businesses, at our blog here.

Though still very much in their infancy as a concept, ToU tariffs are a huge development in the energy world and, along with smart meters, seen as pivotal to realisation of the smart energy grid. This not only means lower bills for customers, but less pressure on UK energy infrastructure, less generation needed, and better integration of renewable power. The UK government estimates that this smart system will be worth £40 billion in savings to Great Britain by 2050, with much of this being passed on to consumers.

As a result, in line with the use of smart meters, we can expect ToU tariffs to become much more common in coming years. With our smart meter infrastructure and data systems today being put into place across the country, ToU tariffs and their money-saving benefits are already a reality – evidenced by the wave of new pricing models put on the market by energy suppliers in recent months. Just how quickly consumers take up and adapt to these new tariffs will ultimately depend on the concurrent development of smart technology that supports ToU.

While every British household and small businesses is scheduled to have a smart meter installed or offered to them by 2020, the other technology that could be key to the success of ToU tariffs is battery storage.

Until recently, battery storage units have been the preserve of people with home renewables – storing the energy they’ve generated to use at a later time. The introduction of ToU tariffs mean these systems could now be worthwhile for anyone, allowing users to maximise savings by charging batteries with electricity at the cheapest times of day, and then use it later on, whenever they need it. This could potentially save consumers hundreds of pounds per year.

SMS Plc are at the heart of the future deployment and investment in such home battery storage systems.

In the future, thanks to smart technology developments, battery storage will work in tandem with smart meters and household smart devices – including EVs – together in a ‘Home Area Network’ (HAN) in order to maximise efficiency and savings. This will allow us to make the most of dynamic prices supplied to us by energy suppliers without even having to lift a finger: it will be a completely automated process.

Even further in the future, by communicating wirelessly with the HANs of neighbours, friends or other local grid users, we will even be able to export any excess energy we have stored or generated to them at the click of a button (and at a fee, of course).

Though this is the virtual utopian scenario when it comes to the smart grid, it is a scenario that is very much within our grasp – and one that will not be possible without the continued rollout of smart meters and ToU tariffs.

Have you tried a time-of-use tariff? Contact your energy supplier to find out their latest pricing model, and start saving even more money with your smart meter.

Need more advice on ToU, smart metering, battery storage, or demand-side response solutions? Talk to one of our experts today. 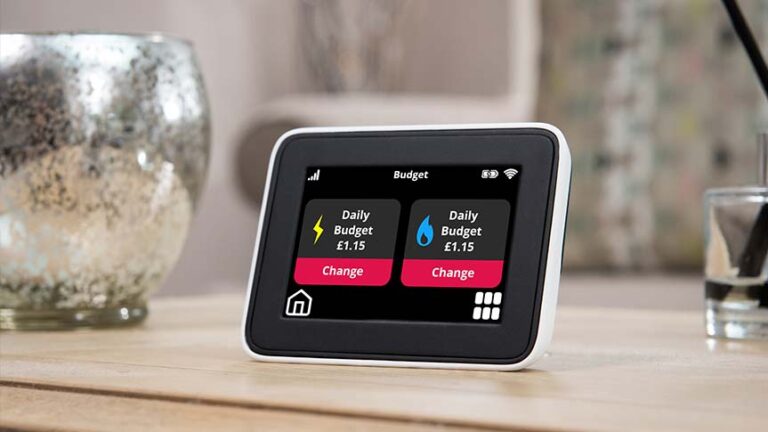